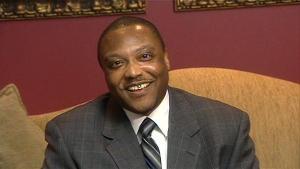 Anthony Charles Graves was convicted of the August 18, 1992 mass murder of six people in Somerville, after being implicated in the crime by Robert Carter – the father of one of the victims. Carter was executed in May 2000 for his part in the crime – and in his final statement took sole responsibility for the crime.

After spending 12 years on Death Row, Graves’ conviction was overturned on March 3, 2006 by the Fifth Circuit Court of Appeals when, in an a unanimous opinion, a three judge panel held that the state’s case had hinged on Carter’s perjured testimony, and concluded that the Prosecutor, Charles Sebesta, had intentionally withheld evidence that could have helped Graves; most notably that Carter had recanted right before he testified at Grave’s August 1992 trial.

Graves was held for an additional four years in solitary confinement in the Burleson County jail awaiting retrial until October 27, 2010, when he was released after all charges were dismissed by Burleson County Special Prosecutor Kelly Siegler, who concluded, “He’s an innocent man. There is nothing that connects Anthony Graves to this crime.”